Thoughts on my favorite 8-year-old 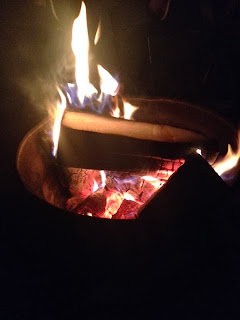 I didn't post yesterday.  FAIL.  I have a good excuse though...I was on a camping trip with Maya's scouting troop, and couldn't get fast enough internet speed to make Blogger work around the campfire.

So let's just forget that little glitch didn't happen, shall we?  Who needs October 11th anyway?

It's bittersweet being a mom to an 8-year-old.  She's still so much my baby in many ways, but in others she's totally growing into herself.  Spending time closely with her the past couple of days, away from the distractions of home routines and electronics, I was hit really hard with how she really is becoming her own person.

Oh sure, she's very obviously my daughter, as proven by her tendencies toward perfectionism and over-thinking.  Also, she is getting to be spot on in her use of sarcasm.  Which was sort of inescapable.  But she also sways way more to the extroverted side of the fence, preferring to have plans for outings and be around people as much as possible.  She's more sure of herself than I am, which I love.  And she thinks camping is awesome...which I'll learn to be okay with.

I love watching her figure it all out.  Telling me last night that she wanted to make friends with a girl her age at the campout, and then laughing and running side-by-side with her for hours today.  Dealing with disappointments and experiencing regret.  Trying to face her fears of loud noises and jumpy dogs. Trying to sort out the conundrum that she'd really like to be a rock star when she grows up, but she doesn't want to sing in front of people.

As sentimental and weepy as I get thinking back on when she was a toddler (which was like, yesterday), I wouldn't go back to when she was two, or four, or six. I loved her at all of those ages, but every year just gets better.  Because not only do I love her, I love who she is becoming. 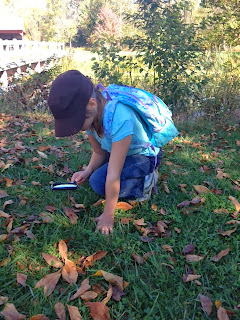