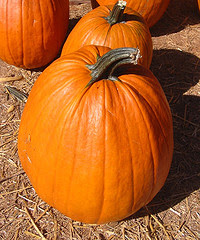 Every year on Facebook I see a couple of things in the last week of October:  I see lots of pictures of cute kids in costume off to trick-or-treating, and I see status updates in shocked disbelief that some Christians dress their kids in cute costumes and take them out trick-or-treating.

I get it.  I do.  This is a controversial thing in the evangelical world.  I have friends who love Jesus and love Halloween, and friends who follow Christ and can’t stand anything to do with October 31st festivities.  It’s something we’ve discussed and worked through in our home too.  And while I’m not interested in the least in opening up a debate, this is where I come out on Halloween at this point:

And you know what?  Even for those who’d agree with every single point I just made, we could end up at completely different places as far as how we do (or don’t do) Halloween.  I’m okay with that.

Here’s what we do:  We carve pumpkins, but we don’t do Halloween décor.  Our kids can dress up as something cute/nice, and we will take our Disney princess and Buzz Lightyear to the Trick or Treat Main Street put on by the downtown businesses on Wednesday afternoon.  We don’t do scary, creepy, bloody, monsters, witches, etc.   We don’t do evening trick-or-treating either.  The Main Street thing has a broad daylight, family/community feel, with primarily very young kids dressed as princesses or ponies and walking from the coffee shop to the bookstore to have a piece of candy dropped in their bucket.  It’s nice, and it feels to us like a way to stay within our own comfort levels with the holiday.

I don’t claim for one single second to know what the over-arching “right” answer is on this.  I love my friends who go all-out for Halloween, and those who firmly avoid it.  To me, this is just another one of those complicated areas where grace and respect are due as we all do our best to sort it through and follow God’s lead.