And then I committed to write every day for a month. 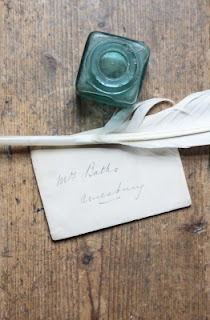 
As Mark left for a men's camping weekend on Friday evening, he grabbed the container of leftover pumpkin chocolate chip cookies that had been a fixture of our kitchen counter for nearly a week.  And I freaked out.

"Those cookies are five days old!  I was going to be throwing them out!  You can't feed them to people!"

"But what about my reputation as a baker?  Okay, take them, but you have to promise that you'll tell everyone that they're five days old.  Make sure everyone knows!  Give a disclaimer."

He took them.  And it was probably fine(-ish).  But there's a little window into my charming perfectionist tendencies.

Blogging, for me, has become like sharing homemade cookies.  I spend time reading the brilliant words of writers whose talent knocks me over, and then refuse to hit the "Publish" button on a post I've composed here that seems ridiculously paltry in comparison.  I reject countless possible topics, trying to find one that amounts to a fresh-from-the-oven, Pinterest-worthy recipe of thoughts.  And then, since I rarely actually come up with one of those, I frantically put up something else instead when it's been awhile since my last post,

Well, guess what.  That's annoying.  So last night, on a whim, I decided to link up with The Nester's 31 Days challenge, where she encourages bloggers to post every day in the month of October on a topic of their choice.  Mine?

I would have used "31 Days of Laura, Get Over Yourself and Stop Being Obnoxious and Just FREAKING WRITE SOMETHING", but that didn't look as nice on the button.

So, I'm going to do my best to post something (anything) every day in October.  And most of it will not be at all profound or humorous or even contain a complete thought.  Part of this, for me, is confronting the perfectionism.  Sometimes there won't be well-composed titles or pictures (two big MUSTS on the lists of good blogging foundations).  Sometimes it will feel very much like sharing five-day-old baked goods. But for this month, I'm choosing to take the lid off the cookie jar and set it on the table rather than rushing directly to the trash.

And I'm guessing October 14th Laura is going to be grumbling some impolite words at September 30th Laura for getting her into this mess.