A plea for the final weeks of this election season. 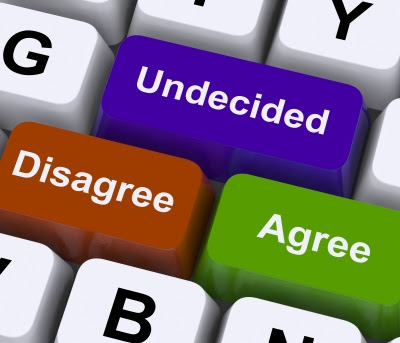 I’m really over politics.  I imagine it could be an interesting hobby, and I’m not suggesting that it isn’t important to pay attention and do our civic duty.  I know there are those who are called to get involved at all levels, and that’s fine.  I’m just tired of the divisiveness; weary of what it can do to relationships.  I’ve lost friendships over misinterpretations of political stances.  I’ve cut liberal-leaning news programs and conservative-leaning radio stations out of my life because I just can’t with the half-truths and the fear-based rhetoric.  I’m really ready for this election to be over – come what may.

This will be my only political post of the season, and I hesitate to say anything at all, a la my self-imposed “no politics on Facebook” rule.   Others have written similar manifestos far more eloquently and thoroughly than I ever could.  But we have, what, a month-and-a-half left in this election cycle?  And I just wanted to put out a little plea – particularly to my fellow Christians.  It’s one that I’m addressing to myself as well.  Because I am the first to admit that I’ve done my share of complaining the last four years, and griping during the eight years previous.  I’ve peppered political conversations with sarcasm and not-so-thinly-veiled insults toward parties and leaders, and I’ve rolled my eyes and made assumptions and acted in many other ugly ways that make me internally facepalm.  I’m speaking to everyone and no one in particular and most of all, myself.  So when I ask “Could we … “, please know that I mean the “we” part not rhetorically, but literally.

(And also, you don't have to listen to me.  It's really fine, and we can still be friends if you disagree.)

In the seven weeks before Election Day …

Could we speak and act objectively?

Many of us may have already picked the candidate who will receive our vote in November, and feel confident in that decision.  When we lose objectivity, though, lacking the ability to constructively analyze our candidate’s weaknesses or to say anything at all positive about their opponent, then we are not really being truth-tellers.  When we can no longer see anything beyond caricature or sensationalism, we lose the ability to engage in helpful dialogue about our agreement/disagreement over policies and end up stuck in the bitter cycle of character assassination.  And we also lose our credibility.  Because people stop listening when all they ever hear from someone is why their candidate can do no wrong or the other one is evil incarnate.

If we can all, at the very least, agree that these candidates are people who love their families, love their country, and want to have a positive impact in the role they seek, then – regardless of how we feel about their plans - we gain back the ability to have good conversations and honest influence (and we’ll find our hearts in the right place to pray for them too).

Could we resist becoming pawns in the game?

The cable program talking-heads can be hard to ignore, and the opinion pieces extremely compelling. It’s easy to become addicted to the emotional rush of what we believe is righteous anger or a hatred of injustice.  If we’re really honest about it, though … isn’t it true that (to a large extent) we’re being played?  The executives and producers and advertisers benefiting financially from many of these talk shows and editorials do not want us to find common ground.  They don’t want the parties to work together. They don’t want respectful discourse.  They want us riled up, angry, and afraid.  They want us ready for a fight and convinced that the only way to arm ourselves is to take in more of what they offer.  The campaign organizers are invested in dredging up any dirt they can on the opposing party, trumpeting out-of-context soundbites and years-old personal discretions triumphantly to anyone who will listen.  Is it any wonder that these campaigns end up spending a sickening amount of money to sling all of that mud?

What if we didn’t take it?  What if we stopped buying it?  What if we turned it off and insisted on a political season that respected our intelligence and didn’t turn us into game pieces?  Could that turn the tide from an every-four-years bloodbath to a constructive, respectful debate over the things that actually matter?

Could we remember His Kingdom over any earthly one?

No political candidate or party or Constitution can save us or protect us from the evils of the world.  Human systems will always be flawed.  Our country was not a utopia when it was established, was not Mayberry in the 1960s or 1990s or 2000s.  Well-intentioned leaders have come and gone, found success and made mistakes.  Political power has changed hands time and time again.  These things will continue until Christ returns, because God’s Kingdom is the only one that is whole and holy, right and righteous.  Let’s vote for the platforms we identify most strongly with, but let’s not expect any administration to do what is only God’s to do.

For some, politics feels like a “battle of two evils” game that makes even a vote for either side feel disingenuous to their faith. Others have a difficult time choosing a party because their values fall on both sides of the line, and believe that neither has the monopoly on life, justice, or compassion.  Still others have become so disheartened by divisiveness and broken relationships caused by political positions that they opt to just stay out of it – whether outwardly or altogether.

Those for whom politics is a fun hobby or an area of passionate involvement may have a difficult time understanding any of these positions, or interpret them as apathy toward our country, our children’s futures, our Christian faith, or important issues that fall within the political realm.  They may believe that if more people just knew what they know or read what they’ve read or see what they’ve seen that they would be educated into making what is clearly the correct choice.  But usually apathy or lack of information is not the issue at all.  As deeply as some feel called to political involvement, others feel called to step back or step out because of - not in spite of – strong conviction.

Could we avoid generalizations?

There are plenty of Democrats who are passionately pro-life, but feel that the Republican stance has amounted to rhetoric while the Democratic platform has shown more effective results in actually reducing abortions.  There are plenty of Republicans who recycle and conserve energy, and care very much for the plight of those in poverty, but who feel that the health care reform bill that passed was tragically flawed and harmful, and also believe that the Church should be responsible to be the hands and feet of Christ rather than relying on the government.  We can agree or disagree with where they come out on these issues, but let’s please not paint one another with a generalized brush that assumes the worst.  Particularly among our brothers and sisters in Christ.  It’s just so destructive.

Could we stop the mocking?

The two convention weeks about did me in completely.  In school right now, Maya is memorizing Psalm 1, which notes that blessed are those who do not “sit in the company of mockers”.  On Facebook the first convention week, my news feed was full of taunts, eye-rolling, and complaints about that “group of out-of-touch imbeciles with their heads in the sand”.  And the next week there were sneers and cackles and references to the “room full of baby-killers”.  My heart broke over all of it, because I understand passion and I understand conviction, but I do not understand this.  There are people on the other end of these vitriolic word-grenades, and they might be wrong about some things or everything, but what does this tactic accomplish?  Isn’t even the hard truth we speak to be rooted in love?

(And as a little side note … if one must put up a message calling a large group of people “idiots” or an entire voting base “scumbags”, then could one pretty please not post a chirpy scripture passage an hour later?  It’s just that it sort of makes my eyes bleed because … I can't … the association … do you know what I mean?)

Could we hold our political behavior – as with other areas of our lives – to the measure of the fruit of the Spirit?

It is good and right to stand firm in our faith.  As Christians, we will differ in our opinions about how much or little that should translate to political involvement.  And as we each seek to follow Christ more closely, we may differ in the way that our walk with Him will influence our votes.  This can be uncomfortable, particularly as with every four-year cycle we enter a new period of sky-falling hysteria and encouragement all around us to take sides and throw punches.  Yes, let’s stand up for what we believe.  But let’s cloak that standing up in the ways of Jesus, yes?

Let’s study truthfully, listen discerningly, pray faithfully and act accordingly.  But most of all, let’s rise above the ways of the world and remember the fruit that reveals the Spirit living within us.

When I sit and stare at those few simple words – this Truth - really breathe it in, I’m humbled and convicted and overcome by the beauty and power.  Life-changing.  Do we dare to believe it's world-changing?

Let’s be thankful that no matter what happens, He is in control.

(And it will all be over soon.)