Experiencing the Surreal: monster-fighting presidents and a bestselling book 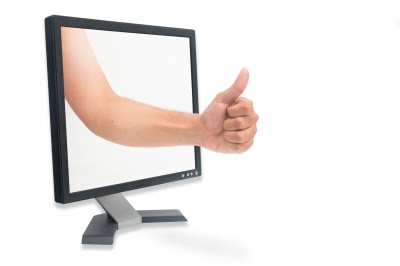 On Sunday afternoon, I sat in a movie theater with four friends, awaiting the start of The Hunger Games. During the seemingly endless barrage of previews, I fidgeted impatiently and checked my e-mail, until something on the screen caught my eye. Because it was quite possibly the oddest thing I've ever seen.

Imagine, if you will, what begins as an apparent Civil War drama. Then imagine a familiar man in a stovepipe hat swinging an ax...at some sort of undead creature.

From the IMDB plot description:

I don't really know what else to say about that, other than that now you know why I was staring at the theater screen for those few minutes saying aloud, "What...is...happening?"

Yesterday was our big promotional push day for Spirit-Led Parenting. Having no idea what to expect, Megan and I hoped to see a few kind Facebook links from friends and spur a modest sprinkling of book sales.

We seem to have underestimated our incredible network of friends and readers.

Tuesday, in a mid-morning Skype conference with our editor, Jonathan, he told us our current ranking in the 12,000s was quite good. He also predicted that we may have a bestseller designation on our page in the near future. We promptly died.

The ranking flew to 5,000. I refreshed the page an hour later and it was 2,500. It was shortly afterward that we received an e-mail from Jonathan with this subject line: "It's official - You are bestsellers".

Spirit-Led Parenting was ranked #37 in all parenting books.

And once again - just like in the movie theater - I found myself staring at a screen and asking, "What...is...happening??"

By last evening? Our ranking in the parenting category was #34, with a ranking in ALL books of 860. Triple digits. Total shock.

Never did we dream this would happen. Mostly because for us, it wasn't - and still isn't - our motivation. Book sales are great and exciting, and the fact that we're being told we can legitimately be called best-selling authors from here on out (what the WHAT?) is a treasure we'll hold dear for the rest of our lives. But there are two things that thrill us far more than any number or classification.

First, that our dream of sharing far and wide this message of redemption and freedom is coming true.

And second, that we were reminded yesterday once again how very, very blessed we are with a support system so eager to love us and encourage us and spread the word about the birth of this book. Thank you.

I think our next book will be a work of fiction involving Richard Nixon and his extermination of a rogue band of goblins.

Email ThisBlogThis!Share to TwitterShare to FacebookShare to Pinterest
Labels: the book