Choosing to see the useful and pretty

With a blog name like In the Backyard, one might think that the backyard at my house is super awesome.

One would be wrong.

I mean, it's fine. The kids have a great time playing back there, and we sit outside some evenings to talk, and always invite a big group of people over on July 4th to view the fireworks show at the nearby golf course from the relative comfort of our yard.

But it's also quirky. The previous homeowners made some odd choices with the fence placement. The ground is uneven. Our new-ish subdivision doesn't have mature trees, so the west-facing yard is mercilessly lacking in shade in the summer months. And during this time of year? Well...we have what you might call a little bit of a dandelion problem. (Please imagine that last line as spoken by Chris Farley in Tommy Boy, because I am.) 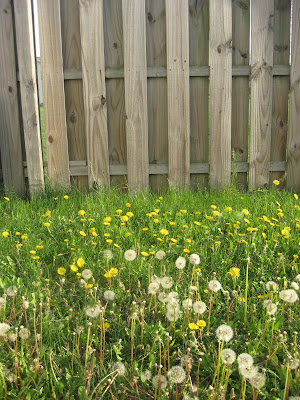 We're going to take care of the weed issue soon. The yard was in bad shape when we bought the house, and then we've been hesitant to load the grass with chemicals, since our kids play out there so much. But at this point, it's predominantly weed.

This evening, Maya sat at the dining room table and worked very hard on a colorful paper cylinder with a base, asking me for occasional help with tape placement. Proudly, she presented her creation: a "seed flyer". The plan? To load it up with fluffy dandelion seeds, then run through the yard at top speed, letting loose a burst of white.

I was hesitant about the idea at first, explaining that dandelions are actually a weed, and we aren't really looking to spread them further. But then Mark mumbled, "I don't really think it can get worse...", and the man had a point. So we green-lighted the seed-spreading project.

She gathered and scattered the seeds for awhile. 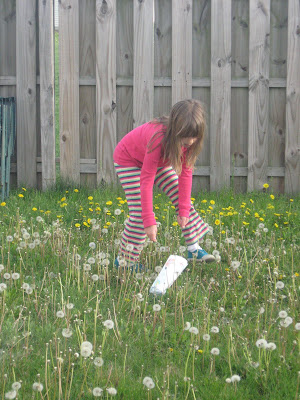 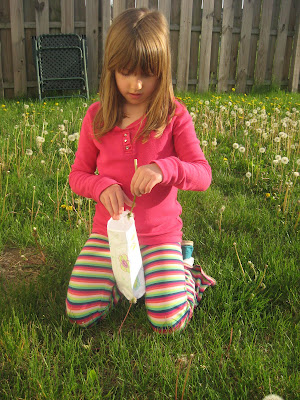 "You know, Mommy, even though dandelions are weeds, I like them. Actually, they're really useful."

"Yes! First of all, they can turn your cheeks yellow. And that's fun!" 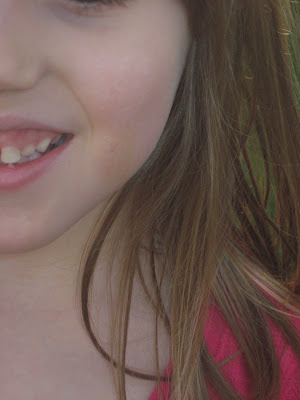 "And they make really good decorations for fairy houses." 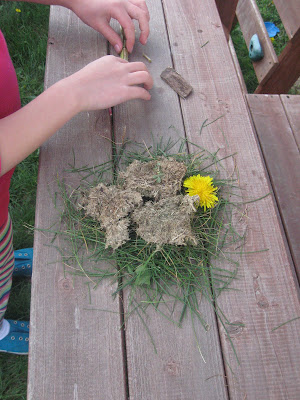 "And Noah and I use the stems to get spiderwebs off of our playhouse." 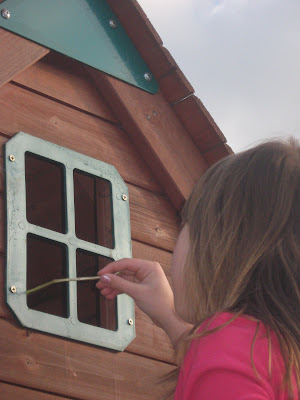 "Besides, they're really pretty!" 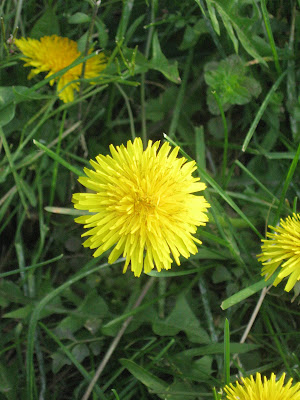 She makes a good argument. I guess until we get around to addressing the lawn situation, I'll look at the silver lining in these very useful weeds.

Our seven-year-old thinks our backyard is super awesome. That's enough.

And this one? Well, he doesn't care what it looks like as long as he can play basketball. 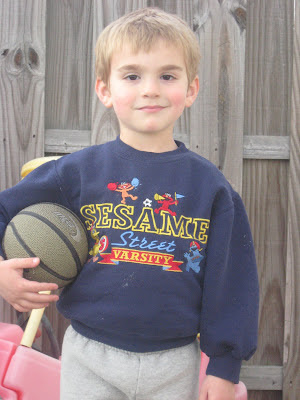