Stuck on a Moment 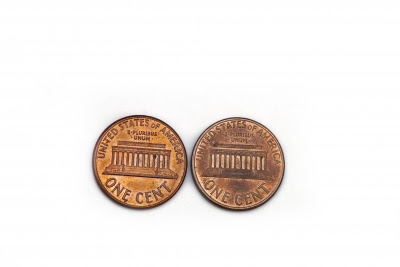 “How old were you when you got saved?”

It’s a great little evangelical party trick. But it’s also the honest truth. I don’t know when I was saved. There is no “Oh! It was 1984 and I was seven and my mom prayed with me on the couch in the living room” in my history. I actually wish I had a moment, because it would just be a little easier to fit in.

I grew up attending church, but didn’t actually hear anything of the “salvation language” until well into my teens. A few years later, by the time I understood and embraced it all, there was a moment – but it was less “I now believe and accept these things” and more “these things I have believed and accepted”. I prayed a prayer on my own that day that was confirmation rather than commencement. A journey already begun.

So I wonder when it happened. When I first heard the Jesus stories and absorbed them into my simple child-heart? When I was baptized – even though I didn’t really get it then? When I began truly seeking and shedding and studying and it all began to feel like home? When my heart leaped the first time I heard what I so vividly knew deep down – that I so desperately needed a Savior and had found for certain who He was? When – after all this – I prayed that little prayer? When following first became difficult and meant sacrifice?

What I have is a series of moments – a process that only He can interpret. It’s not neat and tidy and easy to unpack in a go-around-the-circle icebreaker.

And that’s okay. I think. Right?

I’ve wrestled with this tension as a mother. Nearly two years ago I looked at Maya and just knew - she gets it. From the beginning she was an intense observer and as a toddler was our Big Question-asker. At five-and-a-half, I heard her prayers and the stories that came out in play. We fielded the questions and watched her respond and it was just so clear. She knew Him. He was so sweetly visible in her.

It thrilled me, and yet, I panicked a little. There’s something we’re supposed to do here. She needs a moment. She needs to ask Jesus into her heart. (Even though we had discussed and acknowledged that that’s not even a Biblical phrase.) I just wanted an easier story for her.

Can I be embarrassingly honest? I said a prayer with her that evening as an insurance policy. Just in case. I’d been conditioned that this is how it goes and these are the magic words.

It wasn't wrong. For many people, a moment like this is foundational and life-changing. It was what I always wished I’d had myself. But Maya? I don’t even think she’ll remember it. Her story of life with Him had already begun – in spite of our fumbling.

I know now that as parents, our goal is not simply to lead our kids to a moment that we can identify as the one. It is to steadily point them to Jesus. That they would continually recognize their – and our – need for a Savior and grow in the grace and knowledge of Him. And that they would know that His call is not just to come into their hearts once, but to lead their lives. Saving us daily from sin and self.

On Sunday, a grandpa-figure in our church family handed Maya a penny he’d found on the stage of the theater where we gather. She beamed, eyes shining at the gift. I love it that she’s still at the age where a cool-looking penny is a treasure.

We loaded our coats and coffee cups and Sunday School papers into our arms to leave, and she made certain that her precious penny was secure in her fist. As I paused to exchange goodbyes and smiles with friends in the lobby, I felt a tug on my arm and leaned down to hear her shy whisper.

“I’m going to put my penny in the offering box.”

Later, at home, I asked her about the decision.

“Well, I just thought that penny could go to people who need it.”

She’s not an angel child. Oh no. A few hours later we were having pointed talks about listening and oh my goodness no more whining. But in that instant, I was so very blessed. And I know full well that I didn’t do that in her. He did that. I just need to keep encouraging her in that way. Toward all of those moments of transformation. We’re all on the journey.

He just relentlessly keeps on saving us.

Did you have a clear salvation moment? Or a process, like mine? I love how He works His perfect plan so uniquely in each of us, and - as always - I'd love to hear your thoughts.